About Mastering ROS for Robotics Programming 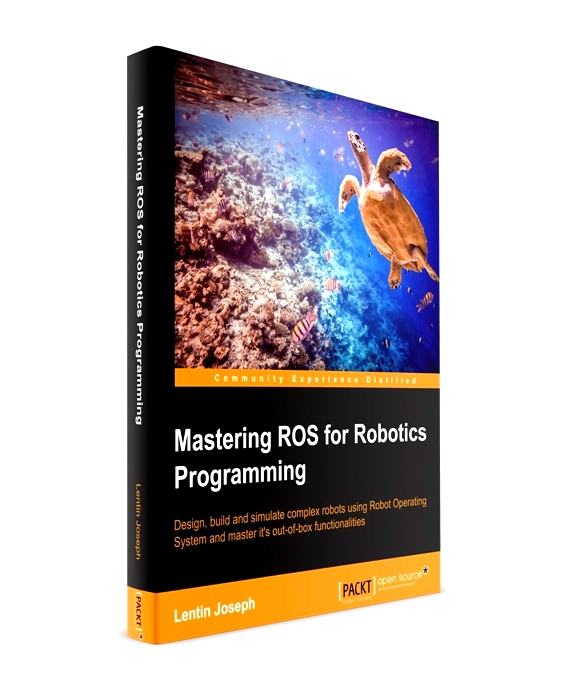 The area of robotics is gaining huge momentum among corporate people, researchers, hobbyists, and students. The major challenge in robotics is its controlling software. The Robot Operating System (ROS) is a modular software platform to develop generic robotic applications.

This book discusses the advanced concepts in robotics and how to program using ROS. It starts with deep overview of the ROS framework, which will give you a clear idea of how ROS really works. During the course of the book, you will learn how to build models of complex robots, and simulate and interface the robot using the ROS MoveIt motion planning library and ROS navigation stacks.

After discussing robot manipulation and navigation in robots, you will get to grips with the interfacing I/O boards, sensors, and actuators of ROS. One of the essential ingredients of robots are vision sensors, and an entire chapter is dedicated to the vision sensor, its interfacing in ROS, and its programming. You will discuss the hardware interfacing and simulation of complex robot to ROS and ROS Industrial (Package used for interfacing industrial robots). Finally, you will get to know the best practices to follow when programming using ROS.

1: Introduction to ROS and its Package Management

12: Troubleshooting and best practices in ROS 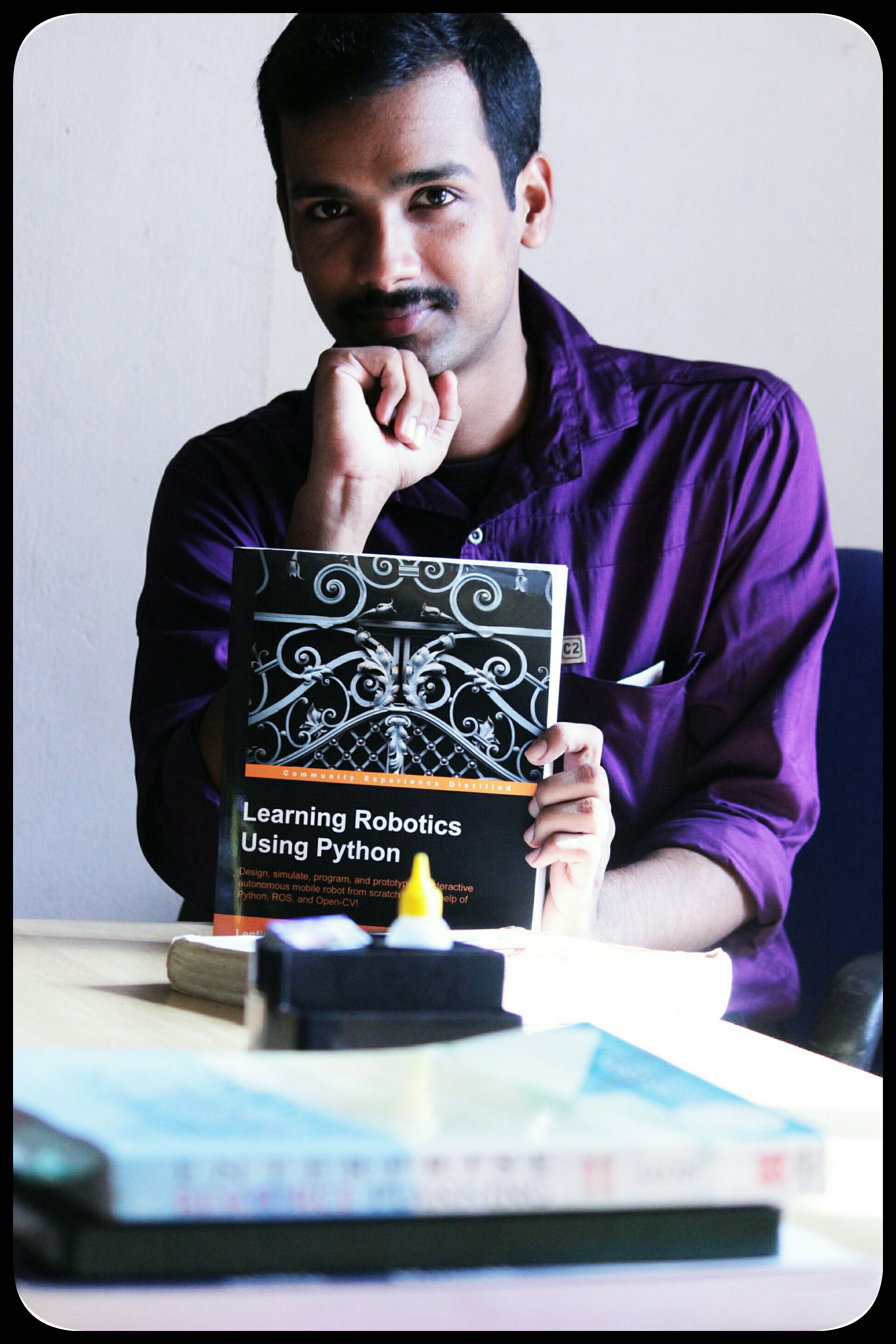 Lentin Joseph is an Author, Entrepreneur, electronics engineer, robotics enthusiast, machine vision expert, embedded programmer, and the founder and CEO of a robotics start-up called Qbotics Labs from India. He got his Bachelor's degree in electronics and communication engineering at the Federal Institute of Science and Technology (FISAT), Kerala.

In his final year engineering project, he created a Social robot, which can interact with people. The project was a huge success and got mentioned in visual and print media. The main feature of this robot was that it could communicate with people and reply intelligently. It also has some image-processing capabilities, such as face, motion, and color detection. The entire project was implemented using the Python programming language. His interest in robotics, image processing, and Python began this project.

After graduation, he worked at a start-up company based on robotics and image processing for 3 years. In the meantime, he learned famous robotic software platforms—such as Robot Operating system (ROS), V-REP, and Actin (a robotic simulation tool)—and image processing libraries, such as OpenCV, OpenNI, and PCL. He also knows about robot 3D designing, embedded programming on Arduino, and Stellaris Launchpad.

After 3 years of work experience, he started a new company called Qbotics Labs, which is mainly focused on research to build great products in domains such as wearable technology, robotics, machine vision, green technology, and online education. He maintains a personal website and a technology blog called Technolabsz. He publishes his works on his tech blog. He was a speaker at PyCon2013 India, and he spoke on the topic of Application of Python in Robotics.

He is an author of book called "Learning Robotics using Python" published by PACKT. The book was about to building an autonomous mobile robot using ROS and OpenCV. The book was launched in ICRA 2015 and got featured in ROS blog, Robohub, OpenCV and Python website etc.

He was a finalist of ICRA 2015 challenge called HRATC He has also completed several MOOCs in robotics and image processing.

You can see the details explanations of contents in each Chapters on this book. 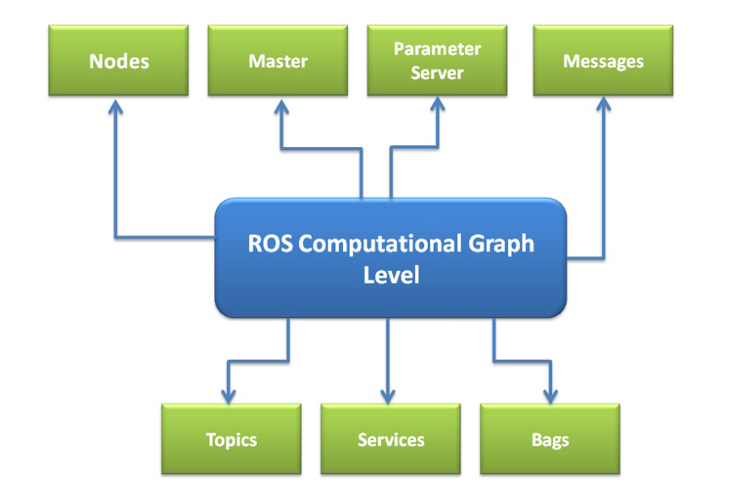 Introduction to ROS and its Package Management
Chapter 1

Introduction to ROS and its Package Management

This is an introductory chapter that gives you an understanding of the core underlying concepts of ROS and how to work with ROS packages. We will also go through the ROS concepts such as ROS master, nodes, parameter server, topic, message, service, and actionlib to refresh your memory of the concepts you already know. 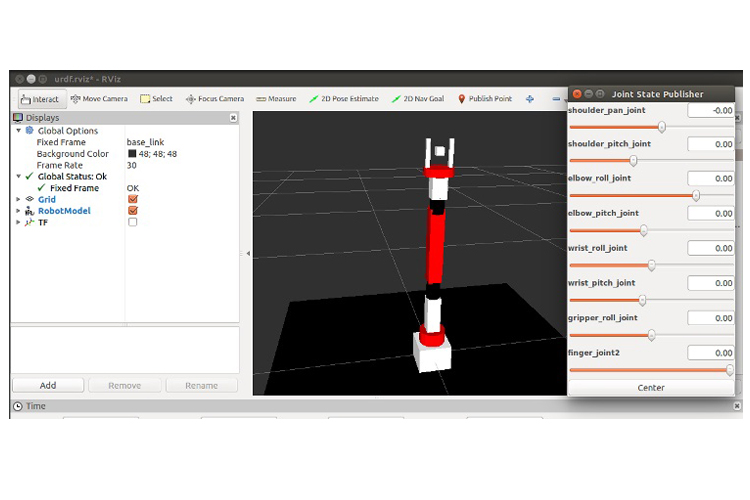 The first phase of robot manufacturing is its design and modeling. We can design and model the robot using CAD tools such as AutoCAD, Solid Works, Blender, and so on. One of the main purposes of modeling robot is simulation. The robotic simulation tool can check the critical flaws in the robot design and can confirm the working of the robot before it goes to the manufacturing phase. The virtual robot model must have all the characteristics of real hardware, the shape of robot may or may not look like the actual robot but it must be an abstract, which has all the physical characteristics of the actual robot. In this chapter, we are going to discuss the designing of two robots. One is a seven DOF (Degree of Freedom) manipulator and the other is a differential drive robot. In the upcoming chapters, we can see its simulation and how to build the real hardware and finally, it's interfacing to ROS.

If we are planning to create the 3D model of the robot and simulate using ROS, you need to learn about some ROS packages which helps in robot designing. ROS has a standard meta package for designing, and creating robot models called robot_ model, which consists of a set of packages called urdf, kdl_parser, robot_state_ publisher, collada_urdf, and so on. These packages help us create the 3D robot model description with the exact characteristics of the real hardware.

In this chapter, we got the design of the robot that can be used to manufacture it, and also developed a 3D model for simulation. 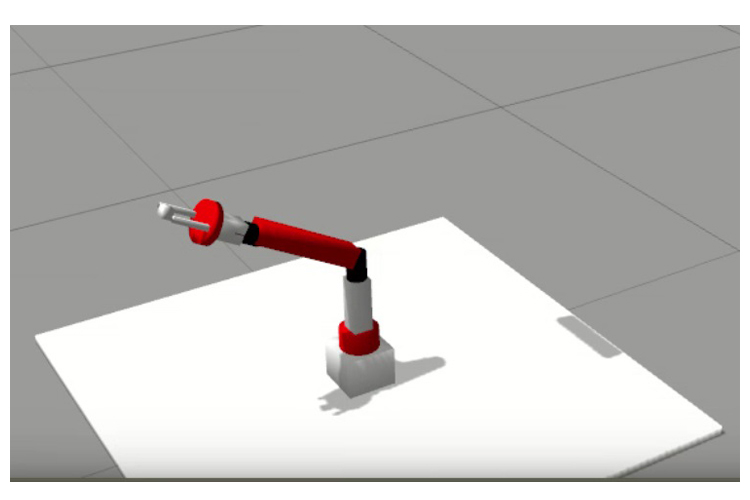 After designing the 3D model of a robot, the next phase is its simulation. Robot simulation will give you an idea about the working of robots in a virtual environment. We are going to use the Gazebo (http://www.gazebosim.org/) simulator to simulate the seven DOF arms and the mobile robot. Gazebo is a multirobot simulator for complex indoor and outdoor robotic simulation. We can simulate complex robots, robot sensors, and a variety of 3D objects. Gazebo already has simulation models of popular robots, sensors, and a variety of 3D objects in their repository (https://bitbucket.org/osrf/gazebo_models/). We can directly use these models without having the need to create.

Gazebo has a good interface in ROS, which exposes the whole control of Gazebo in ROS. We can install Gazebo without ROS and we should install the ROS-Gazebo interface to communicate from ROS to Gazebo.

In this chapter, we will discuss more on simulation of seven DOF arms and differential wheeled robots. We will discuss ROS controllers that help to control the robot's joints in Gazebo. 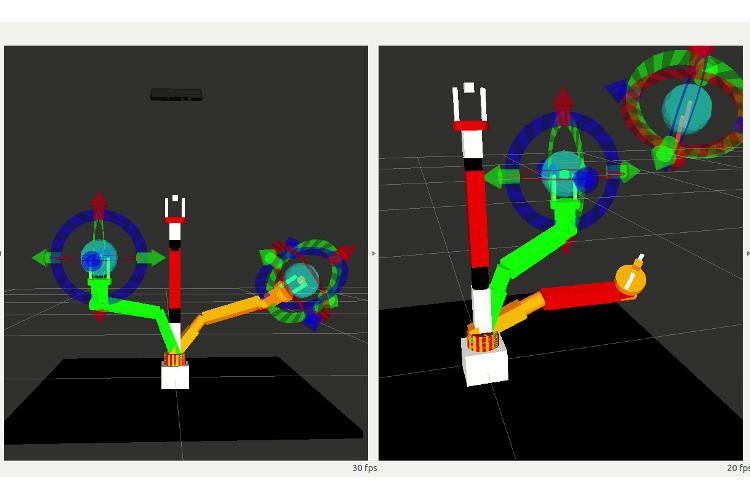 In this chapter, we are going to interface out of the box functionalities, such as robot manipulation and autonomous navigation using the ROS MoveIt! and Navigation stack. 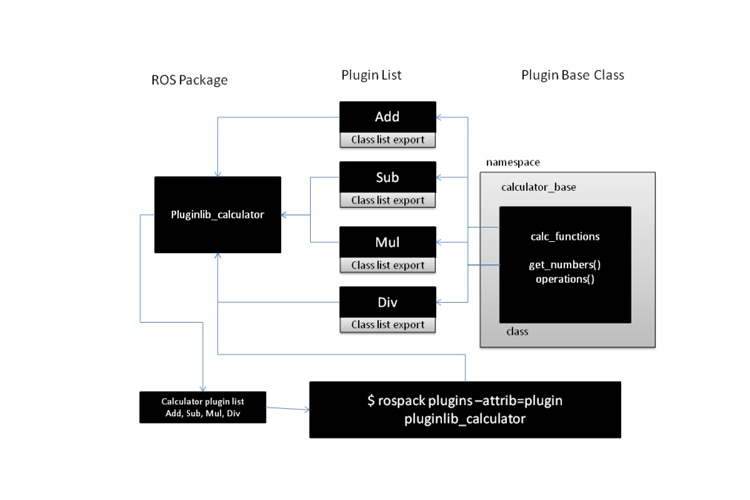 In the previous chapter, we have discussed about the interfacing and simulation of the robotic arm mobile robot to the ROS MoveIt! and Navigation stack.. In this chapter, we will see some of the advanced concepts in ROS such as the ROS pluginlib, nodelets, and Gazebo plugins.

We will discuss the functionalities and applications of each concept and will look at an example to demonstrate it's working. We have used Gazebo plugins in the previous chapters to get the sensor and robot behavior inside the Gazebo simulator. In this chapter, we are going to see how to create it. We will also discuss an modified form of ROS nodes called ROS nodelets. These features in ROS are implemented using a plugin architecture called pluginlib. 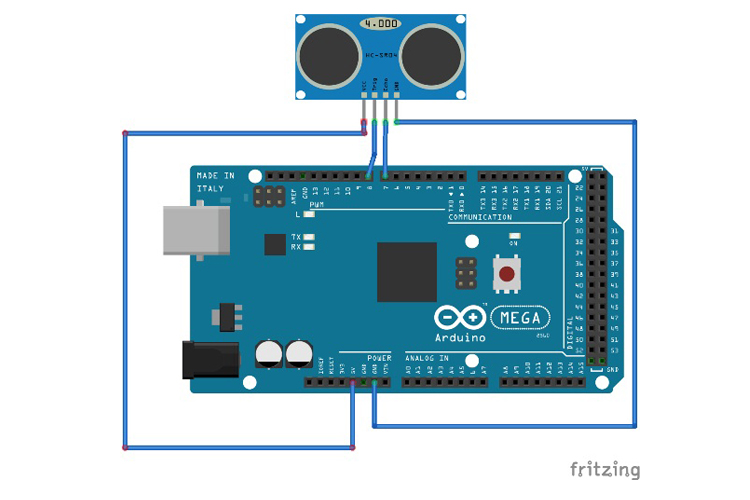 In the last two chapters, we discussed different kinds of plugin frameworks that are used in ROS. In this chapter, we are going to discuss interfacing of some hardware components, such as sensors and actuators to ROS. 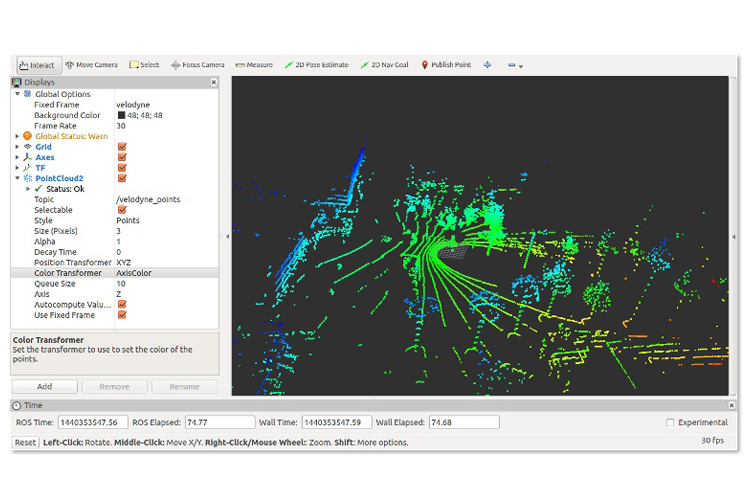 In the last chapter, we discussed interfacing of sensors and actuators using I/O board in ROS. In this chapter, we are going to discuss how to interface various vision sensors in ROS and program it using libraries such as OpenCV (Open Source Computer Vision) and PCL (Point Cloud Library).

The vision in a robot is an important aspect of the robot for manipulating object and navigation. There are lots of 2D/3D vision sensors available in the market and most of the sensors have an interface driver package in ROS. We will discuss interfacing of new vision sensors to ROS and programming it using OpenCV and PCL. 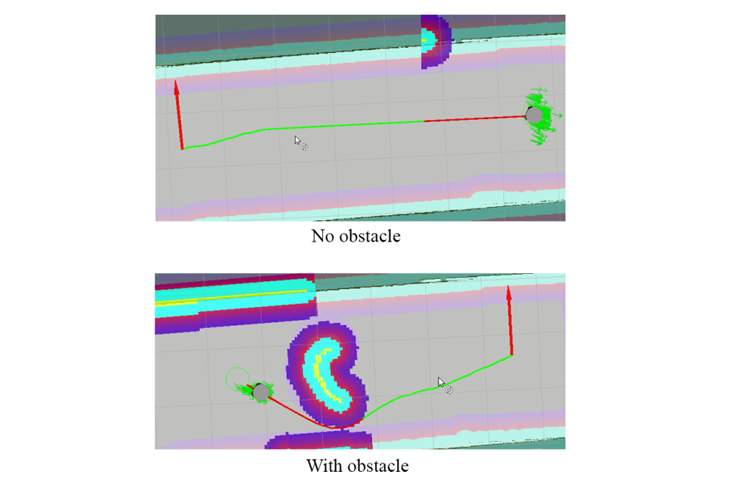 In the previous chapter, we have discussed about robotic vision using ROS. In this chapter, we can see discuss how to build an autonomous mobile robot hardware with differential drive configuration and how to interface it into ROS.

We will see how to configure ROS Navigation stack for this robot and perform SLAM and AMCL to move the robot autonomously. This chapter aims to give you an idea about building a custom mobile robot and interfacing it on ROS. 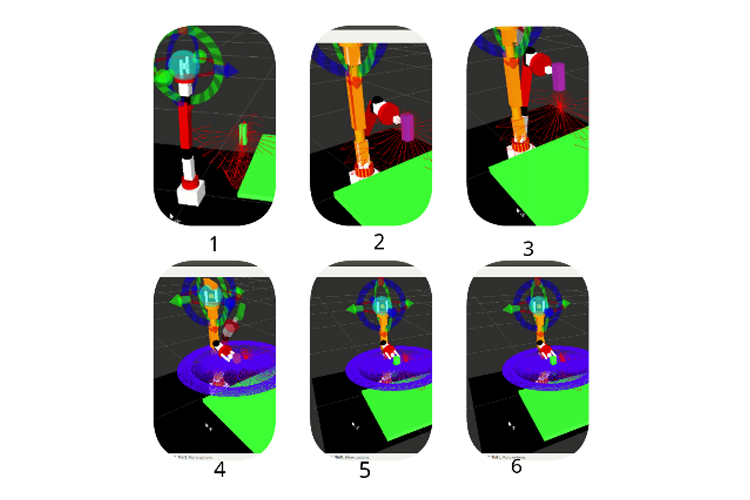 In the previous chapter, we covered ROS navigation stack and interfacing a mobile robotic hardware to the navigation stack. Similarly, in this chapter, we are going to cover the capabilities of MoveIt!, such as collision avoidance, perception using 3D sensors, grasping, picking, and placing. After this, we will see the interfacing of a robotic manipulator hardware to MoveIt!. 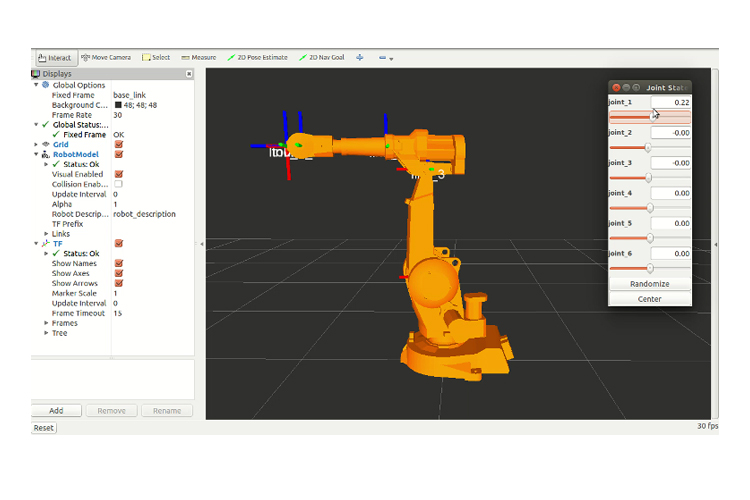 In the previous chapter, we have seen some advanced concepts in ROS-MoveIt! Until now, we have been discussing mainly about interfacing personal and research robots with ROS, but one of the main areas where robots are extensively used are industries. Does ROS support industrial robots? Do any of the companies use ROS for the manufacturing process? The ROS-Industrial packages comes with a solution to interface industrial robot manipulators to ROS and controlling it using the power of ROS, such as MoveIt!, Gazebo, RViz, and so on. 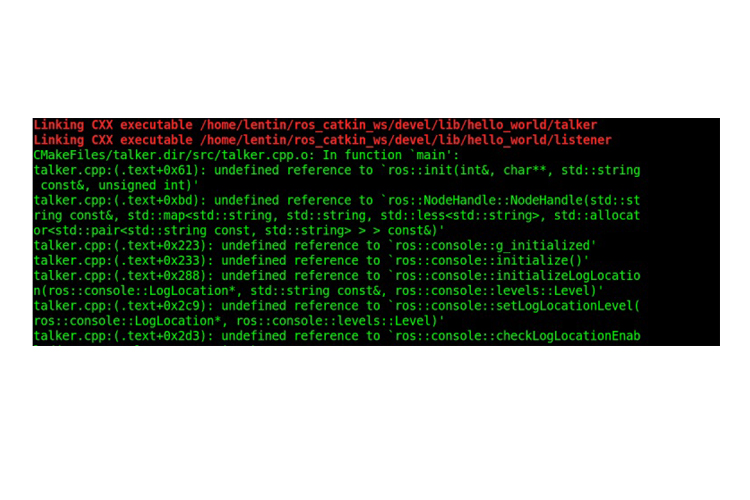 Troubleshooting and best practices in ROS

In the previous chapter, we discussed about ROS-Industrial and worked with motion planning of some industrial robots. In this chapter, we will discuss setting the ROS development environment in Eclipse IDE, best practices in ROS, and troubleshooting tips in ROS. This is the last chapter of this book, so before we start development in ROS, it will be good if we know the standard methods for writing code using ROS.